An announcement was released from MSI regarding eight graphic accelerators based on AMD Radeon RX 5500 XT. New models joined the families of Gaming and Mech.

Gaming series video cards have a number of features, for example, energy optimization technology, thanks to which the accelerator can receive more electricity through PCIe connectors, rather than through a PCIe slot. This contributes to a stable power supply without the risk of overloading the motherboard.

The new video cards received an effective cooling system, which is characterized by a reduced noise level. The models of the Gaming family have a reinforcing metal plate and a proprietary Mystic Light backlight, the visual effects of which are controlled through the Dragon Center application. 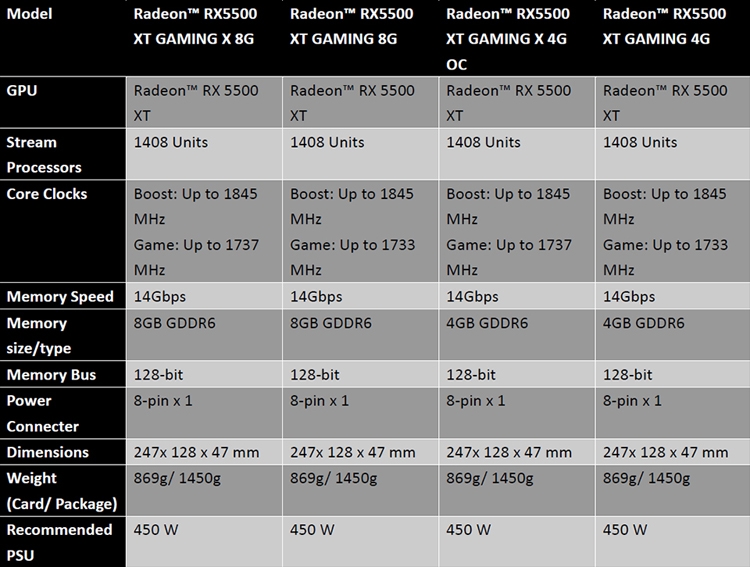 Mech Accelerators are enhanced versions of Ventus solutions. At the casing of the cooling system of Mech video cards, the color of the steel shade is the color of gun metal. The high-quality TORX 3.0 fans are able to keep the temperature low while producing a minimum noise level. 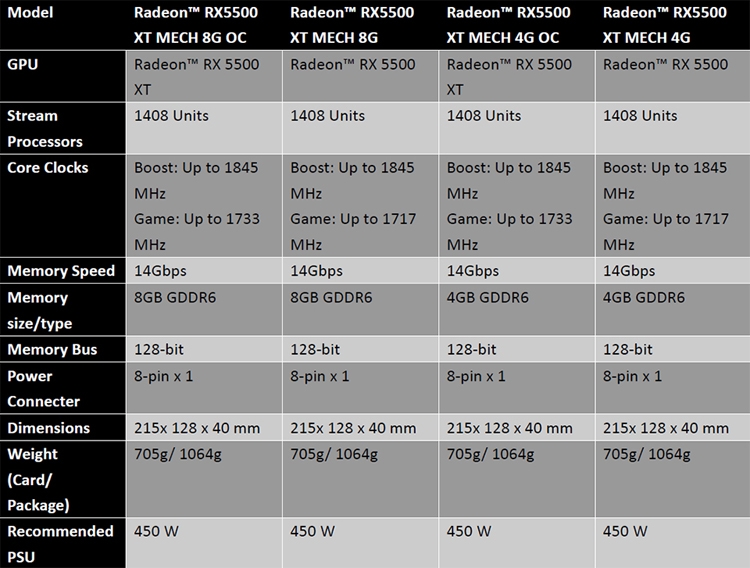 Users will be able to use the utility for overclocking Afterburner: it gives full control over the device and helps in real-time monitoring of all key system parameters.